Archive for the ‘Volkswagen Innovation’ Category

The Volkswagen ID.4 is getting a lot of attention, and for good reason: the model is the brand’s first all-electric SUV and first electric world car. In its effort to be the ultimate electric vehicle for the people, the Volkswagen ID.4 utilizes an array of existing electric car technology as well as freshly developed innovations.

One element falling into the former category is regenerative braking. Regenerative braking, which is utilized in many current EVs, causes a vehicle’s brakes to apply gradually and automatically the moment one takes their foot off the accelerator. The electricity generated by the braking friction is then used to recharge the battery.

END_OF_DOCUMENT_TOKEN_TO_BE_REPLACED

Volkswagen is on the cusp of unleashing its own electric revolution onto the masses. Leading the “charge” (pun intended) are two similarly named machines: the Volkswagen ID.3 and Volkswagen ID.4. Besides one notch on the number line, what sets these two models apart?

END_OF_DOCUMENT_TOKEN_TO_BE_REPLACED

Volkswagen is continually innovating, whether with design, technology, or mechanics. One impressive innovation they’ve created is a new type of engine cycle that bestows unique benefits on their vehicles. This is referred to at the Budack cycle. What is it?

END_OF_DOCUMENT_TOKEN_TO_BE_REPLACED

In addition to more traditional commercials and a plethora of helpful “how to” videos, Volkswagen has a unique series of videos they put out called “Volkswagen Presents.” These lovingly crafted shorts focus on the unique meaning particular Volkswagen vehicles have had in the lives of individuals over time. The result is an inspiring overview of how VW machines have been (and continue to be) interwoven with American culture through the years.

END_OF_DOCUMENT_TOKEN_TO_BE_REPLACED

When will the I.D. CROZZ be available?

Back in 2017, Volkswagen released a lineup of electric concept vehicles that have created a lot of buzz. These include the I.D. CROZZ, I.D. BUZZ, I.D. VIZZION, I.D. Buggy, I.D. ROOMZZ and the I.D. Not only does the lineup contain slick and futuristic concept cars, but each model is expected to have a range of more than 250 miles from one charge. The I.D. lineup provides an alternative to producing carbon emissions and spending money on gas, and the best part is, buyers don’t have to compromise on comfort, speed or horsepower. If you are curious about when the crossover SUV I.D. CROZZ will be available, stay tuned, because we’ve got the answers you’re looking for! END_OF_DOCUMENT_TOKEN_TO_BE_REPLACED

The Volkswagen Car-Net Security Features were designed to give VW owners a new level of peace of mind. Available on Android and Apple devices, the Car-Net App gives Volkswagen owners access to a slew of information about their vehicle and its current status. Here, we’ll walk you through some of the highlight features you can expect from this innovative application. END_OF_DOCUMENT_TOKEN_TO_BE_REPLACED 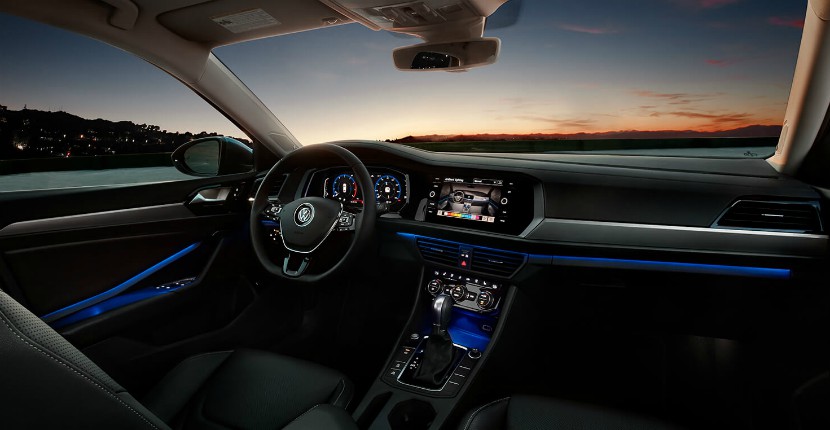 Get ready, the collaboration you’ve been waiting for is in the works. As an industry-leader in tech innovation, it’s no surprise that reports are coming out about a possible collaboration between Apple and Volkswagen. The goal? To take Apple’s self-driving car project to the next level by turning existing T6 Transporter vans into self-driving shuttles for Apple employees.

The New York Times report explains that the entire Apple car team is fully committed to getting the shuttle service up and running, though can’t confirm plans of what will come after. Though here at Elgin Volkswagen, we suspect that the powerhouse mash-up will lead to many more modern projects in the future. And while we’ve known that Apple’s vision for self-driving cars began last year with a few other partnerships in mind, it was no doubt Volkswagen’s similar dedication to pushing the boundaries that led to the partnership.

What We Know So Far

Start getting excited! As the partnership continues, so will the details on what the service will look like. What we know so far is that the shuttle service project, proposed to be developed in the not-so-distant future, is known as PAIL (Palo Alto to Infinite Loop, the name of the street the company’s previous main campus was situated on), and VW will be the company providing Apple with those said vehicles.

If you happen to be in the Palo Alto area, you may be able to spot the Apple prototypes cruising around the area. In the meantime, stop by Volkswagen Dealer Elgin to take your pick of some of VW’s very best. It’s an exciting time to be a VW buyer, the future is looking bright with refreshing tech and innovative plans in the works.

Stop on in at 2630 Auto Mall Dr. in Elgin, IL 60124 to see our selection of new Volkswagen and pre-owned vehicles nearby! We are happy to help you find your future Volkswagen model and look forward to serving you!